Smoke detector is a device that can senses smoke, providing an indication of possible fire, thus providing security to the commercial and residential people.

According to the National Fire Protection Agency, almost two-thirds of home fire related deaths were caused because either the home don’t have any smoke detector installed or it is not in working condition. So wisely choosing a fire alarm system is very necessary to prevent any miss happening due to fire.

Here a smoke detector is a security device which consists of smoke sensing device, which triggers an alarm when it senses any smoke particle in their range. Smoke detector can trigger an alarm or trigger a flashing light, depends upon the model and requirements.

Smoke detector can work perfectly if every area in the house is having installed smoke detector and connected with each. in this case if any one of the censor detects smoke particle in the air, it activate all the connected device and beeps all the alarm simultaneously which in resultant gives more than enough time to the resident to secure safe passage .it is said to installed smoke detector in every level of house preferably in sleeping area. 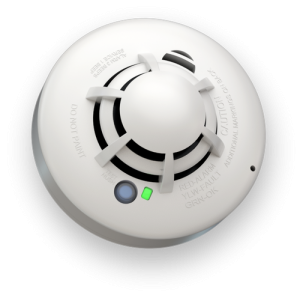 From home to office and yard to warehouse , ICCES is determined to protect and monitor your asset from theft or harm